The second report about slavery in Russia

halfaman в The second report about slavery in Russia 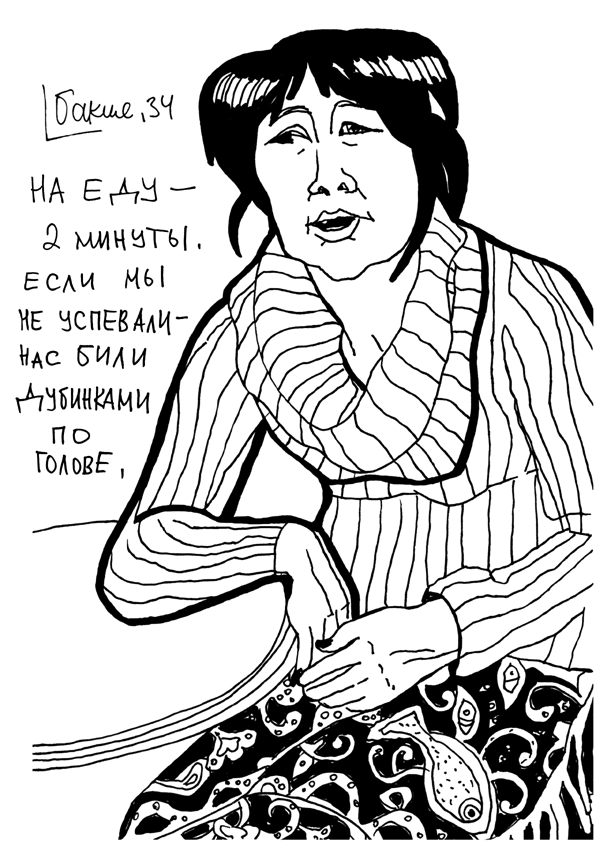 "We had to finish our meals in under two minutes if we wanted to avoid being clubbed on the head."
Bakiya is 34, but after ten years of slavery punctuated with daily head and kidney beatings, she looks 40, and her front teeth are missing. Her son Baurzhan is 5, but he looks no more than 2. Before the release, he had never been outside, frequently tied to a heat radiator for days on end. Baurzhan talks a lot, but no one can seem to understand his speech—he likely has a language of his own. His mother was allowed half-hour visits with her son once every six months.

Bakiya's daughter, who must now be around 7, was also born into slavery. Captor Zhansula Istambekova claims that the girl is dead, but Bakiya thinks that her daughter is still alive and that she was sold somewhere in Kazakhstan.

Bakiya told us that at least 30 CCTV cameras were installed in the "Producty" supermarket, and if the slaves attempted to go off-camera or even talk to the others, they would suffer. Their working day would start at 4 AM and end at 6 AM.

They were often beaten until they lost consciousness, and sometimes the beatings continued even beyond that point. Their "mistress" would say, "I’m not stopping until I see blood." And sure enough, one female victim was beaten to death. 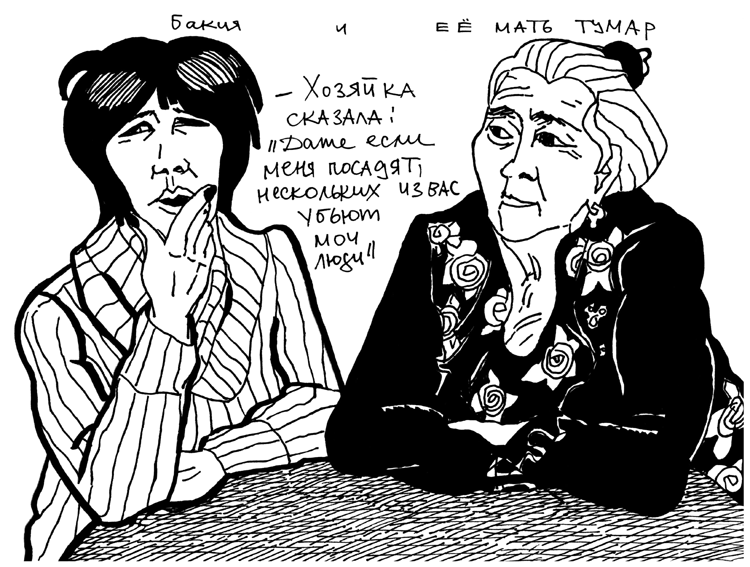 "Our mistress told us, 'Even if you ever see me behind bars, my people will hunt you down.'"
The Istambekovs have been in the slavery business for at least two decades. Four of their sons, encouraged by their parents, had been regularly present to watch and take part in those savage beatings.

The Istambekovs are not just rich—activists involved in the case have reported that the Istambekovs stand high on the social ladder and have powerful connections in the police and bureaucratic circles.

Several years ago, one of the slaves managed to run away as far as an MVD office in Petrovka Street, only to be recaptured.

Zhansulu Istambekova continues to threaten the freed slaves with reprisal. She has already scared one woman into fleeing to Uzbekistan.

Recent Posts from This Journal